An “Angel-Mortal” game is a gift-giving game played by a number of participants over a few weeks. The point of the game is for participants to give gifts to people and also be given gifts from people - essentially a circle of goodwill.

The Archangel project is a fun little piece of software I developed to facilitate the organization of these games (because it’s actually a hard CS problem!). It can be found at my GitHub page for Archangel.

Here, I’m going to try to explain why it’s necessary and exactly how it solves this seemingly trivial problem.

Formally defining the game and its rules

This basic version of the problem has a trivial solution.

If we had 4 participants, we should be able to generate a graph like this: 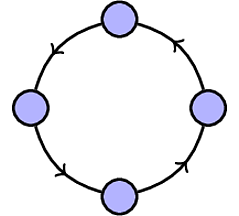 As a convention, when there is an arrow from A to B, this implies that B is A’s mortal.

Archangel was deployed for continually for > 3 years (2015-now) in Tembusu College (in the National University of Singapore), where playing this angel-mortal game within the College is a tradition.

Clearly, the problem is not interesting given only the formal rules above. The context surrounding how the game was played in Tembusu meant that we had different optimization objectives: we wanted to promote getting to know people that are as unrelated from you as possible, among other things. This meant…

We added constraints on exactly which two people could form an angel-mortal pair.

Representation of the participant chain and framing the solution

As seen before, we can represent the final output of this algorithm as a graph. However, we can also represent the initial state of the participant set as a graph - where each vertex is a participant, and an edge between two participants indicates a valid angel-mortal pairing. Such a graph might be very edge-heavy, and may look something like this. 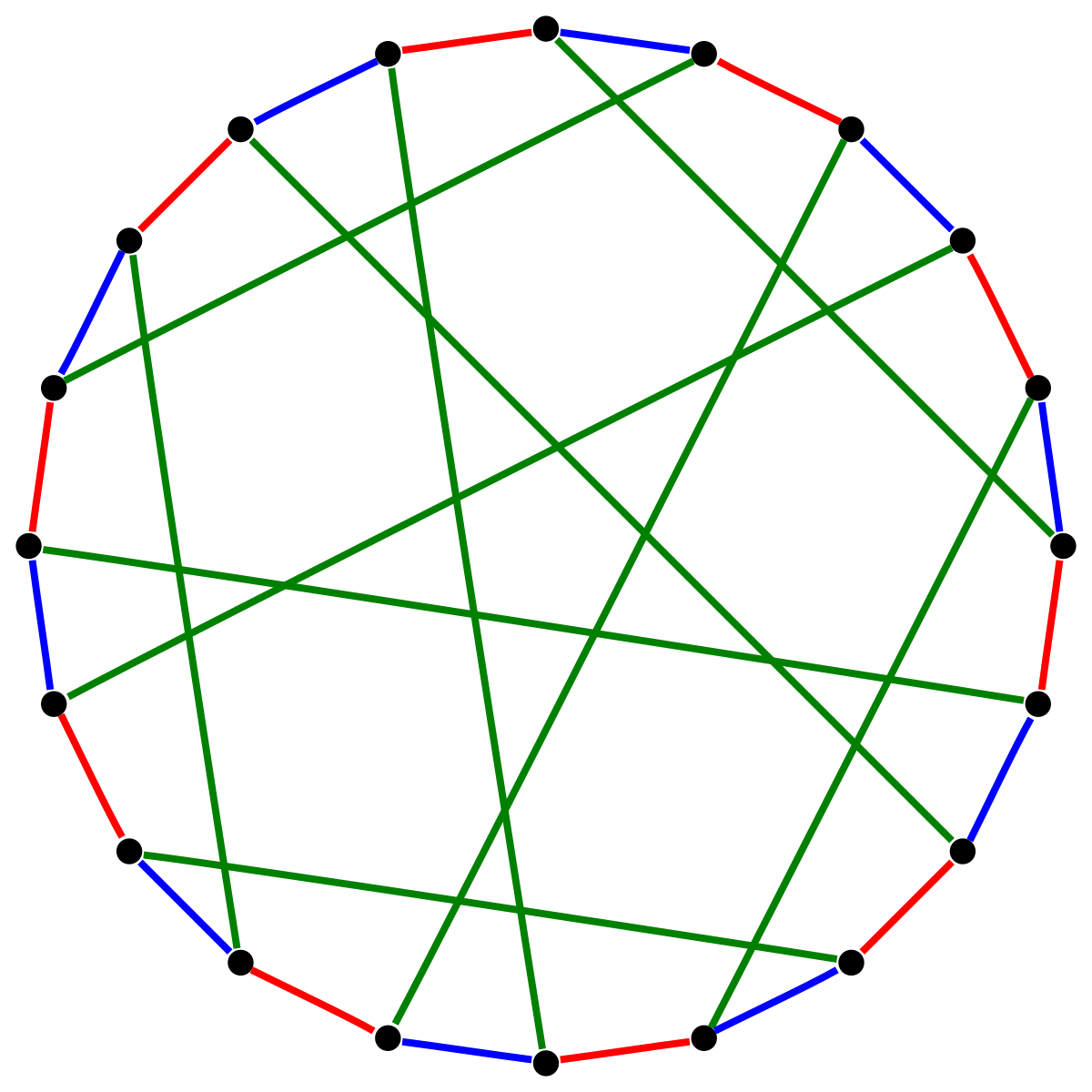 A valid solution is one where we have a path starting at some vertex that passes through all other vertices and ends back at the initial vertex, also known as the Hamiltonian path problem.

Here, the path is easy to see - just follow the outer circle. We may have to work much harder for a more complex graph. The picture below shows a valid Hamiltonian cycle for a given graph. 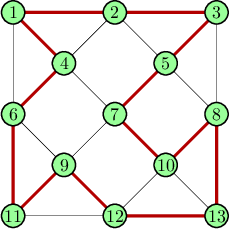 Complexity, and how to generate the solution

Unfortunately, finding a Hamiltonian Cycle from an arbitrary graph is NP Complete. I didn’t want to give up on being able to generate a perfect solution, so I bit the bullet and decided to just roll with it - I was hoping that the small numbers of participants (< 400) would make the solution tractable.

Finding the solution then is easy, if not efficient. Just find a cycle of length n + 1 in the graph and we have a Hamiltonian circuit. This can be achieved through a depth-first search, backtracking every time we see a cycle that is less that length n + 1.

I used python and the networkx library to do this. A participants.tsv (tab-separated values) file is read in by the program, which must follow a particular format with the participants data inside (likely from a Google Form). The initial graph is generated, then the Hamiltonian cycle is extracted if there is one. The final chain is written to an output file that can be used for the rest of the game.

Adjustments over the years

The Archangel algorithm is still being used and continues to be improved upon.